Walking to Australia describes a 21st-century journey which roughly follows the direction taken by anatomically modern humans who, some scientists conjecture, left the African nursery around 85-thousand years ago in search of survival, and who reached Australia 20-thousand years later.

Walking to Australia describes a 21st-century journey which roughly follows the direction taken by anatomically modern humans who, some scientists conjecture, left the African nursery around 85-thousand years ago in search of survival, and who reached Australia 20-thousand years later.

The descendants of this exodus ultimately inhabited the entire world. Along this arbitrary route, the author travels in the imagined company of his autistic grandson, who serves as a confidant and also as a human archetype. What they find together is a tangle of new experience and emotional responses from which the linkages between ancient past and complex present gradually emerge.

Here is the story of a journey across the ancient world – and into the troubled heart of the human adventure.

David Robbins has published twenty-one books, including travel, history, biography, fiction and socio-political analysis. In addition, he has written many hundreds of articles on subjects ranging from culture and the arts to the major issues confronting the developing world. His journalism has been published in leading South African newspapers, as well as South African, British and American journals.

He has travelled extensively in Africa. He has won South Africa's coveted CNA literary award, as well as numerous awards for his journalism. He has been short-listed for the Via Afrika Recht Malan Award for non-fiction, and most recently he has received a Lifetime Achievement Literary Award from the South African Ministry of Arts and Culture. 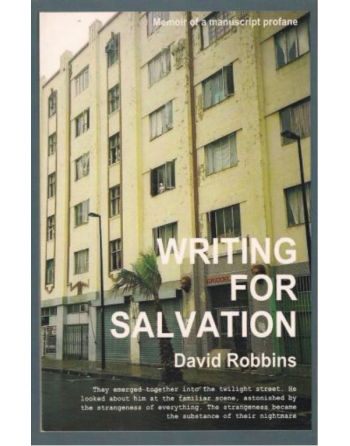 Forty years after coming of age in South Africa in the 1960s, the author unearths a forgotten manuscript written at that time. Through rereading this early work, he revisits the political and religious falsehoods that had characterised the context of his genesis as a writer, particularly as revealed by the fictional characters that he then created.

Two women have been damaged by the realities of the time, one crushed by the withering world of Afrikaner urbanisation, the other by the devastating impact of racially defined morality. They bring tragedy and greater maturity to the central character, a young visual artist who falls in love with both these shattered individuals.

Price R113.04
chat Comments (0)
No customer reviews for the moment.