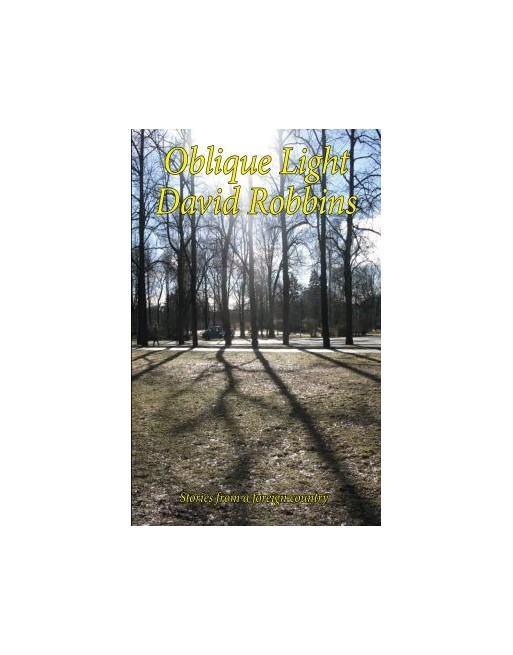 This is prizewinning author David Robbins’ twentieth book. Oblique Light is a collection of long short-stories set in Scotland and dealing with the alienation and amorality of self-imposed exile.

This is prizewinning author David Robbins’ twentieth book. Oblique Light is a collection of long short-stories set in Scotland and dealing with the alienation and amorality of self-imposed exile.
This is short fiction of the highest order. The stories were conceived in Scotland in the early 1970s and finally completed in Johannesburg forty years later. In his short introduction, Robbins sets the scene: ‘I lived in a stone-built town huddled on the mainland side of the Firth of Clyde. Here, the landscapes finally began to mean something to me. Far from being picturesque, they struck me as low and potentially hostile. At first I thought the landscapes had shaped my general mood. It was only later that I began to understand how much my deepening emptiness and ideas of alienation had shaped the landscapes, bending them to the contours of my eyes.’
From the gloom of these settings emerges a collection of characters, many of them unmistakably South African, that are drawn with power and a mature skill.
The book is Robbins’ third collection of short stories. He was awarded a Lifetime Achievement Literary Award in 2010. One of the editors to work on the Oblique Light manuscript described it as of ‘absolutely major importance’.

About the Author:
David Robbins has received numerous awards for his writing, beginning with a CNA Literary Award in 1986 and culminating twenty-four years later with a Lifetime Achievement Literary Award supported by the South African Department of Arts and Culture. He is widely regarded as a writer of significant insight and ability. He began publishing in 1985. His books include travel and short fiction, as well as some biography, history and socio-political analysis.