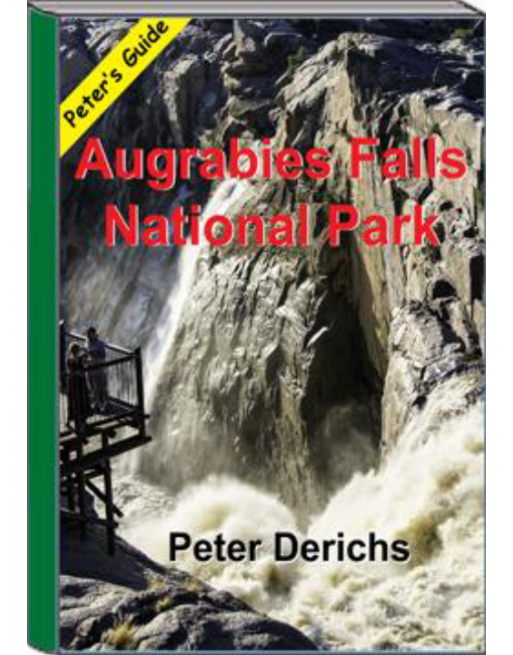 This is a very detailed, easy to use, guide to the Augrabies Falls National Park.

This is a very detailed, easy to use, guide to the Augrabies Falls National Park. It has 7 pages of detailed maps including the Dassie Trail and the Main Falls area. There are 64 colour photos covering 34 points of interest with a detailed description such as GPS position, plant identification, geology and meaning of place names.

Peter Derichs was born in Germany in 1947. At age 8 his family immigrated to South Africa. At an early age he developed an interest in animals and the outdoors. The Kgalagadi Transfrontier Park was printed in 2001. By 2014 over 10 000 copies had been sold. The feedback was so positive that he decided to tackle the Kruger National Park. This book was published in 2008 and re-printed in 2016.

Since then the Addo Elephant National Park has also been published. 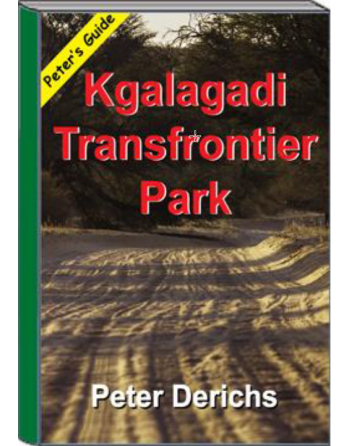 This is a very detailed, easy to use, guide to the Kgalagadi Transfrontier Park.

Each page has a map that corresponds to the photos and information provided, detailing distances from one point of interest to the next.

It has over 110 full colour photographs that cover all the main water holes and points of interest in the Park.

Each photo has a full description of the meaning of the place name, quality of the water, depth of the borehole, GPS position, any applicable geological formations, plus identification of trees and shrubs as well as a description of any historical events that happened there. 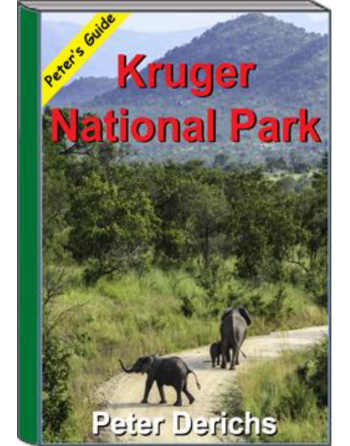 This is a very detailed, easy to use, guide to the Kruger National Park which covers the whole Park from north to south.

The right page is a detailed map which shows:

The left page has more detailed information on the points of interest on the facing page:

 Name of the place

 Tree identification and interesting facts about the tree