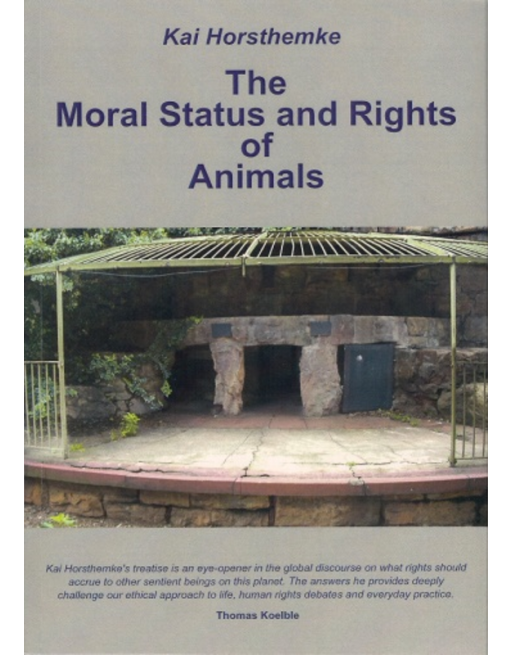 The Moral Status and Rights of Animals by Kai Horsthemke

Do other-than-human animals matter morally? Most, if not all, reasonable people think they do. But, if they can be shown to possess characteristics and abilities that would qualify them for having moral standing, what exactly is the extent of this status?

Do other-than-human animals matter morally? Most, if not all, reasonable people think they do. But, if they can be shown to possess characteristics and abilities that would qualify them for having moral standing, what exactly is the extent of this status?

This book makes the case for the moral equality of animals. Their status may not be identical to that of normal adult human beings, but it is nonetheless equal, relevantly similar – in a surprisingly large number of instances. If sexism and racism are wrong, insofar as they involve the devaluation of certain individuals, on the mere grounds that they are not members of an elite sex or race, then speciesism is also wrong – insofar as it involves exclusion of other animals on the mere grounds that they are not human. This book argues, further, that inclusion and protection of nonhuman individuals is best achieved by the progressive legislative recognition of their moral rights. The realisation of animals’ rights and ‘animal emancipation’ can be seen to imply ‘human liberation’, the act of humans freeing themselves from the role of subjugators, from the dominant relationship they have with the rest of animate nature, and from dependence on animals at the expense of the latter’s lives, freedom, and well-being.

Educated both in Germany and in South Africa, Kai Horsthemke was awarded both his MA and PhD in the Department of Philosophy, University of the Witwatersrand/ South Africa. A professional musician for almost two decades (1983-2001, and from 2002 semi-professionally), he has been involved in stage, studio, television and cruise-ship work in South Africa, Namibia, Mozambique, Germany, Luxembourg, England, Indian Ocean islands, Japan and Hawai’i).

Kai joined the Wits School of Education in a full-time capacity in 2002. He is currently a senior lecturer in the School, where he teaches philosophy of education – ethics, social and political philosophy, epistemology, philosophy of science, logic and critical thinking, all with a strongly educational focus. Kai has published extensively since 2004. Apart from animal rights, his research interests include African philosophy (of education), indigenous knowledge (ethnoscience, ethnomathematics, ethnomusicology), as well as humane and environmental education.